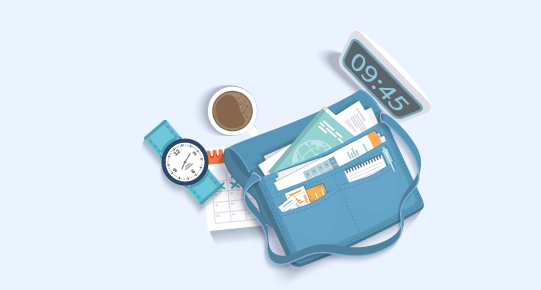 You don’t have to be a modern-day philosopher to recognize that our society glorifies ‘busyness’. If there’s one thing we all make time for it’s this —

Doing a bunch of things at once.

The more you can do this, the more you’re praised for ‘having it all together’.

And people are zealously proud of their ability to juggle large amounts of balls in the air, whether that’s getting three tasks done simultaneously at work or supposedly maintaining that elusive (and frankly, impossible) work/life balance.

The truth is? You should never consider someone for a creative role who prides themselves on multitasking. Never. And I’ll tell you why.

It’s bad for the brain.

This Stanford study, along with others that we’ll discuss, showed a significant slowdown in brain activity when people were asked to electronically multitask. All our wonderful neurons simply don’t fire the way they should and for the creative types, brainpower is defcon critical. Architects, writers, developers, entrepreneurs, designers, most digital marketing professionals, and more all fall into this category.

On the flip side, brain power is used most efficiently when focused on a singular objective, ideally with intermittent breaks to keep from burnout.

That’s not to say, you can’t be working on many different projects at once, as most of us are. Visibility into your projects is the hallmark of any good project management solution. But visibility and multitasking are NOT the same thing.

"The key to productivity is not multitasking — it is how you and your team assign and prioritize time and how well it’s managed. You want to be hacking everyone’s beautiful brains, not working more with less cognitive power."

If you want to get the best out of yourself and any team members you might be leading or working with, shout loud against the tyranny of multitasking, which has duped us all into thinking we’re getting more done.

How multitasking negatively affects the brain

A quick definition of multitasking, as viewed by psychologists who study it:

Multitasking happens when a person tries to:

On a basic anatomic level, multitasking negatively affects the prefrontal cortex, which our brain kicks into gear when we need to pay attention.

When performing a single task, both sides of the prefrontal cortex are in harmony with one another. Doing more than one causes both sides to work independently, and medical researchers have found that when this happens, your brain pretty much splits, causing you to forget important details.

The same study mentioned above and spearheaded by INSERM neuroscientist Etienne Koechlin, showed that people will make around 3x more mistakes when completing two tasks at once!

The collection of scientific data from psychologists who study mental processes during multitasking shows that the human brain is NOT designed for hard-core multitasking. The fields of computer-human sciences, neuroscience, and even digital marketing have delved into the issue as well, only to come up with the same conclusion.

Here are some of the ways multitasking has been shown to negatively affect the brain.

Multitasking causes the brain to be less efficient, as this study found with university students who took longer to achieve the same level of performance while engaged in electronic multitasking. If you’re interested, the above study gives a great synopsis in the intro with even more scientific evidence that ‘synchronous communication’ — i.e. checking messages, emails, etc. — and other forms of media multitasking have been shown to have a negative effect on academic performance.

Here’s an excellent study in the Journal of Experimental Psychology: Human Perception and Performance that proves another important point —

"Multitasking makes your brain less efficient because it takes EXTRA TIME to change mental gears each time you switch tasks."

This is what psychologists and those who study multitasking call the ‘switch cost’. Each time you switch back and forth between tasks, the switch cost involved is a deficit in both time and mental energy.

Just think about all that time you spend bouncing back and forth between software platforms, email, phone apps, etc. on any given day. The deficit is markedly significant when measured, as many organizations find after they adopt smarter solutions that don’t perpetuate the multitasking myth.

Neuroscientist Melina Uncapher of the University of California, San Francisco, put together 10 years of research on the correlation between cognition (especially memory and attention) and media multitasking in this academic paper. The findings were sweeping —

People who use many types of media at once and heavy electronic/media multitaskers perform worse on basic tasks to measure memory.

Retaining information is critical to your interpersonal relationships both in and outside of work. To remember more and forget less, hack your brain by limiting your temptations to multitask and focus on one objective at a time.

In perhaps the most concerning evidence of all, this doozy conducted by the University of London showed that people who were multitasking while asked to perform cognitive tasks experienced a drop in IQ — some to the tune of 15 points! Those aren’t points we’re trying to lose, and this is yet more evidence to support what the science already says —

Our brains are not wired for multitasking.

Effects of the multitasking myth

For whatever reason(s) — most definitely evolutionary, pointing back to what our brains were doing hundreds, if not thousands and thousands of years ago — our brains clearly are not designed to perform optimally while engaged in multitasking.

Yet still, the multitasking myth abounds. Here are just two documented, powerful examples of the effects of the time-suck and mental drain innate to multitasking. But rest assured, there are many more

Now that you’ve reviewed the evidence that the illusion that multitasking is productive is just that. It’s a myth, but unfortunately, it’s one many of us are still believing, whether consciously or unconsciously.

Find creative ways to minimize multitasking and encourage your team to read this same body of research. Be sure that any software or ‘productivity tools’ you are using are hacking your brain, not stifling it with the switch cost. Also, be cautious of these so-called productivity tools and hacks, as many of them fall for the same myth we’ve just exposed.

In a nutshell, get tools and processes in place that hack your brain! After all, it’s the most sophisticated piece of technology ever designed.

Hack your brain (and your team’s) for free! Try PSOhub now.